Football, the World Cup and Us!

In 2014 North East Lincolnshire Libraries netted a £4000 Heritage Lottery Fund (HLF) Sharing Heritage Grant enabling them to shine a spotlight on the area's footballing history.
This exciting project – Football, the World Cup and Us! – involved Care4All students with learning disabilities.  Students from the Queen Street Health and Wellbeing Centre in Grimsby researched the grass-roots history and heritage of Grimsby Town Football Club (GTFC) and in contrast looked at the history of the World Cup in World Cup year 2014.
Sharing Heritage is a funding programme that helps people in the UK to explore, conserve and share all aspects of the history and character of their local area.
The library service in partnership with local charity Care4All helped students to conduct research using resources held in the Local History Library and Grimsby Reference Library.
Students developed media and communication skills and were encouraged to produce scrapbooks to record their project journey.  They participated in interviewing and filming sessions with local film company Focus 7 and produced short films about their thoughts on the World Cup and GTFC.  Students also had the opportunity to attend a writing and journalism workshop with freelance professional Mike Cartwright of Soundschool, culminating in the production of a special edition newsletter about this project.  Design skills were developed as the students designed their own emblem to be printed onto T shirts.
Fiona Spiers, Head of the Heritage Lottery Fund Yorkshire and the Humber, said: "Sharing Heritage is a wonderful opportunity for communities to delve into their local heritage.  Heritage means such different things to different people, sport and football in particular plays an important part in many people's lives and their heritage.  This year's World Cup offers an exciting opportunity to investigate the history of local football and its impact on Grimsby Town whilst football is on the world stage."
Care4All is a local charity that provides a wide range of services for older people with disabilities living in North East Lincolnshire.
For more information about funded Library projects contact derek.o'connell@lincsinspire.com  01472 323617

Visit to the Local History Library in Grimsby Central Library 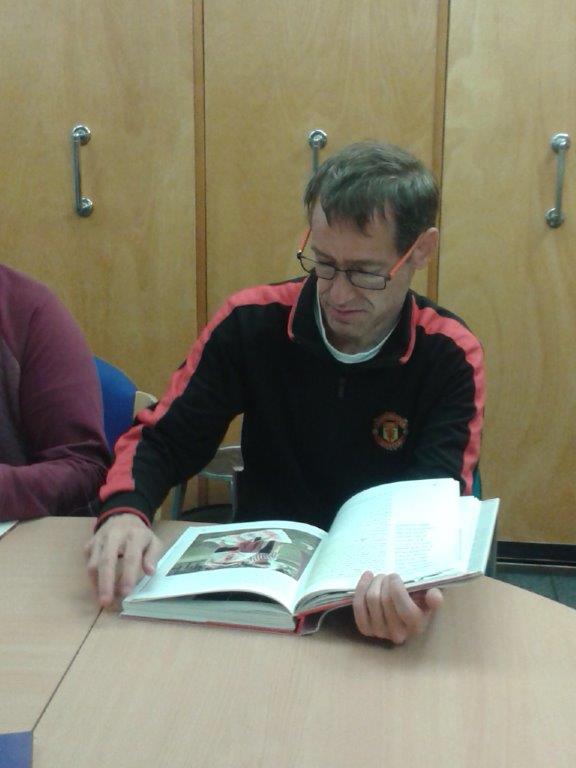 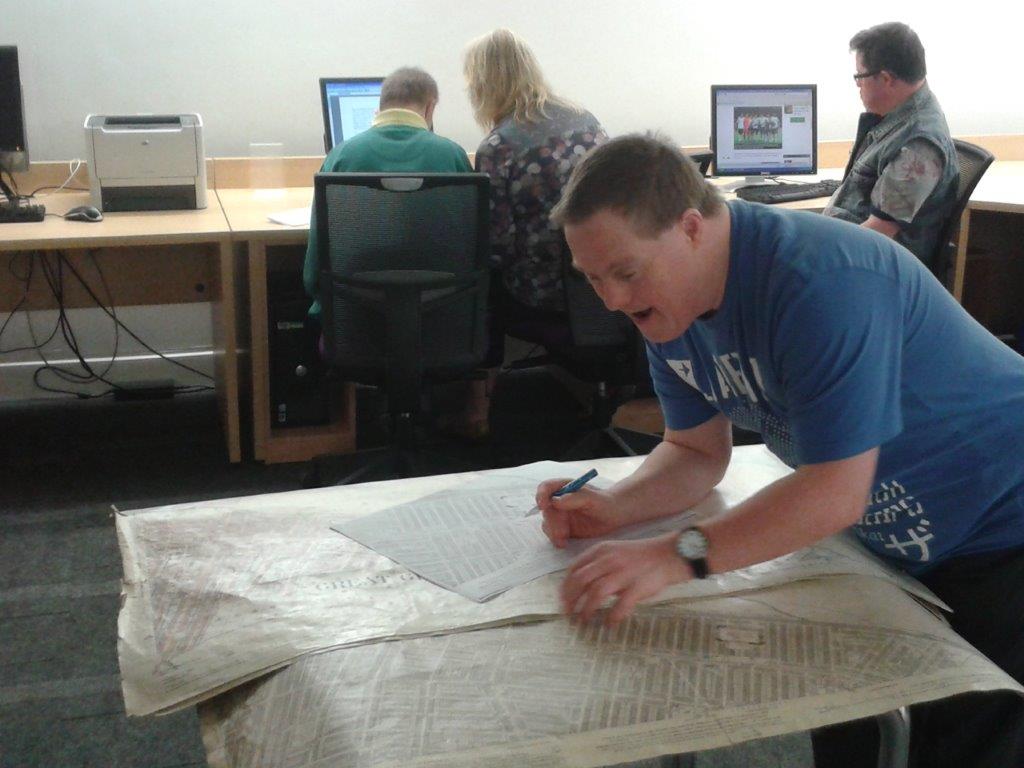 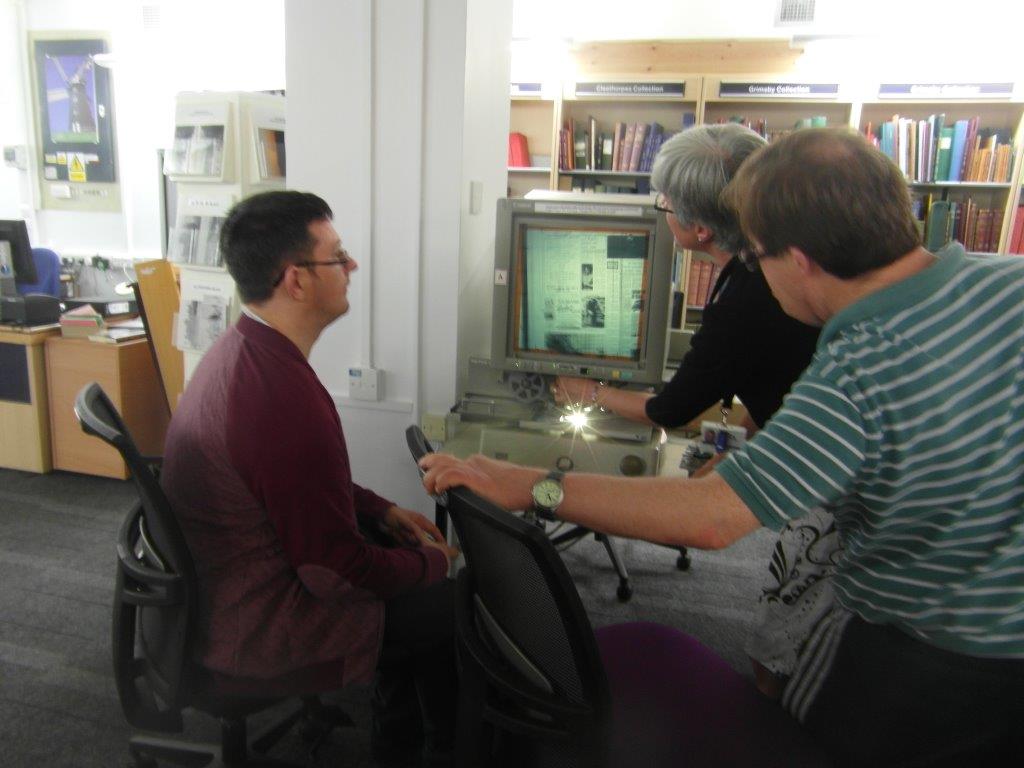 Visit to the media suite at Grimsby Institute

We were invited to see the Estuary TV studio at Grimsby Institute and were given a talk and tour by Angie, Emma and Luke.  Each group member got the chance to stand in front of the camera and talk about football – none of them were short of words! 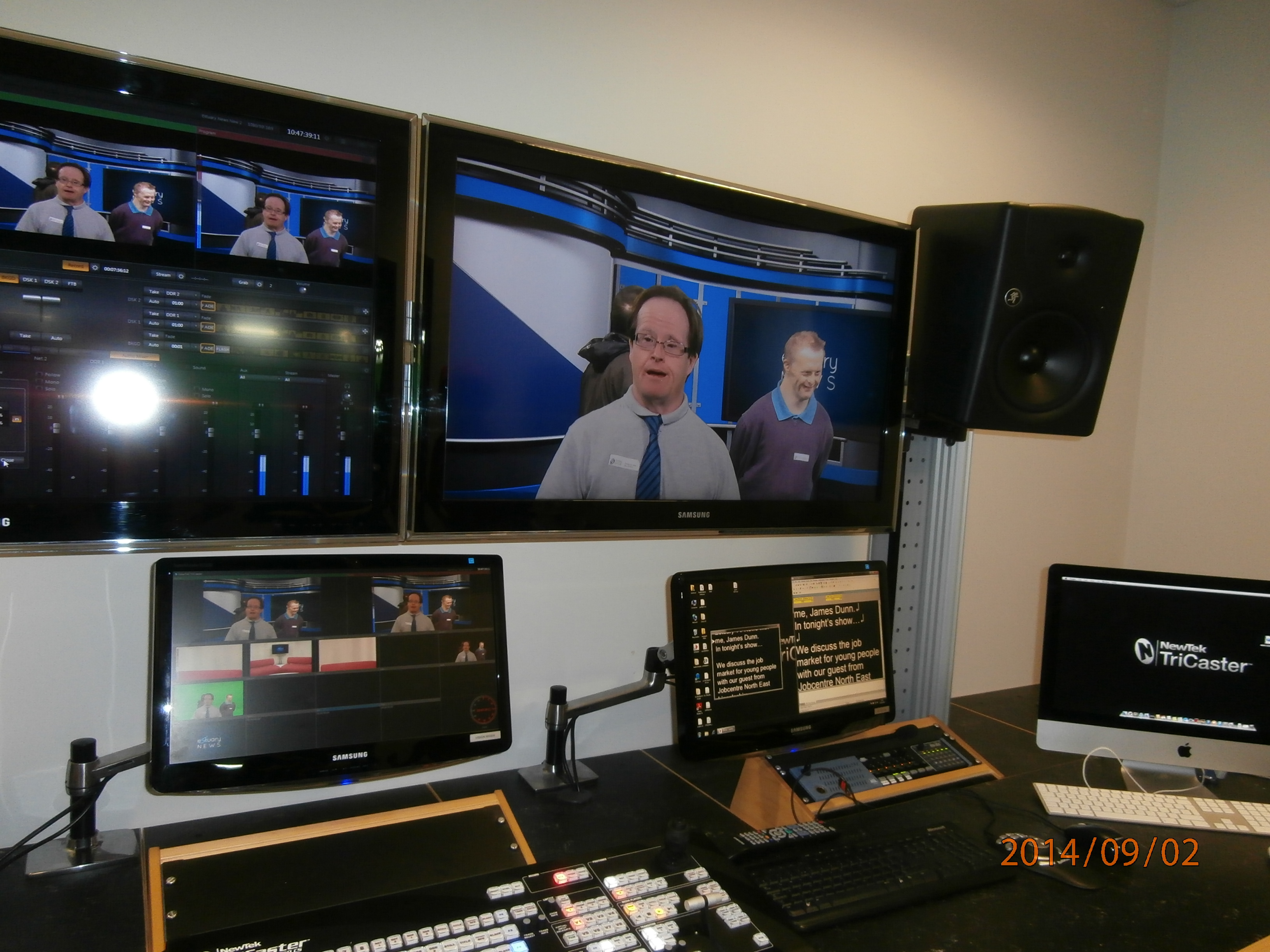 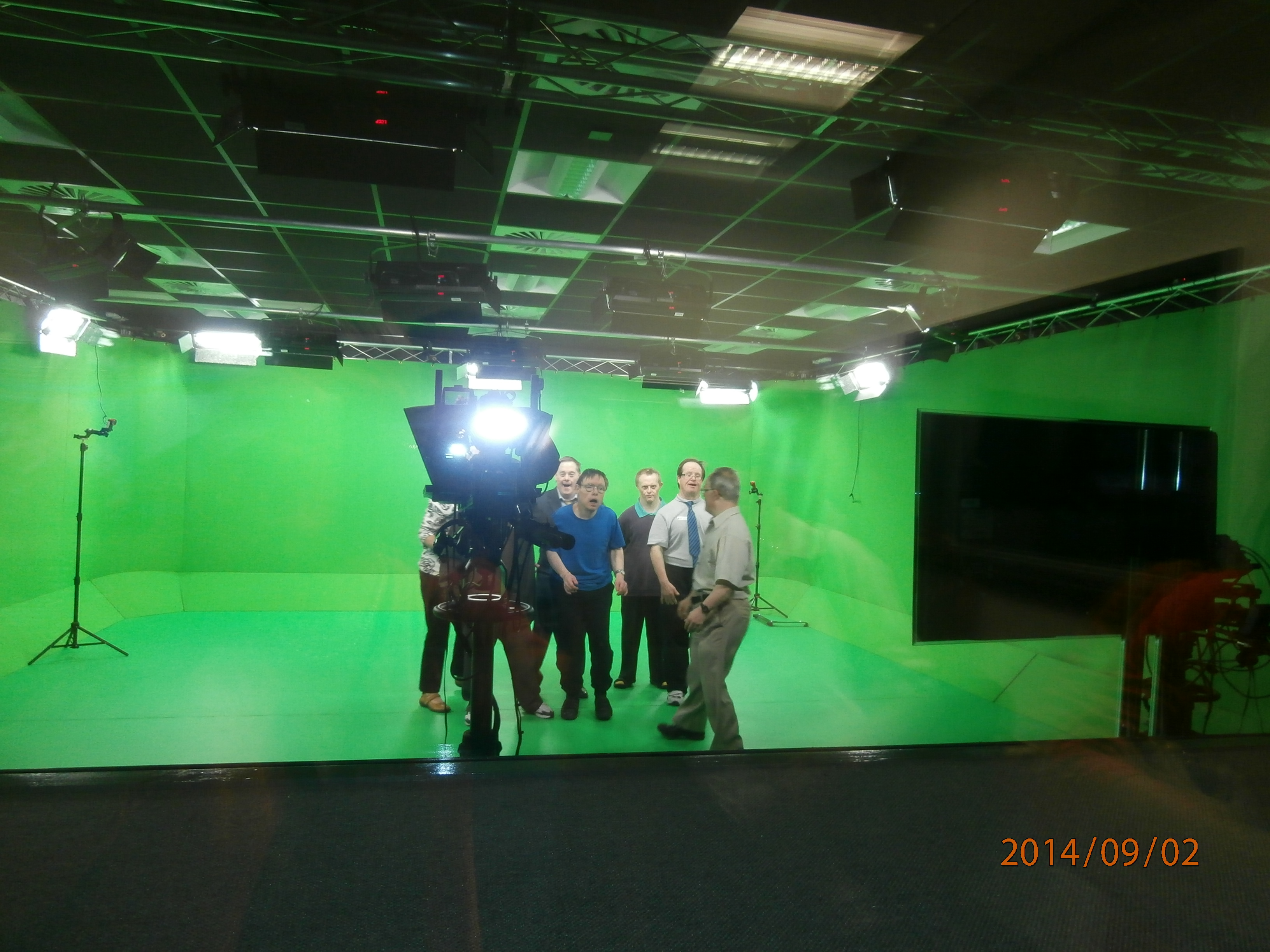 Rob Smith from Focus 7 showed us what it is like to be behind the camera as well as in front of it.  Everyone got a chance to use the camera and Rob filmed an interview with each member of the Group asking them about their favourite teams and football players in the World Cup. 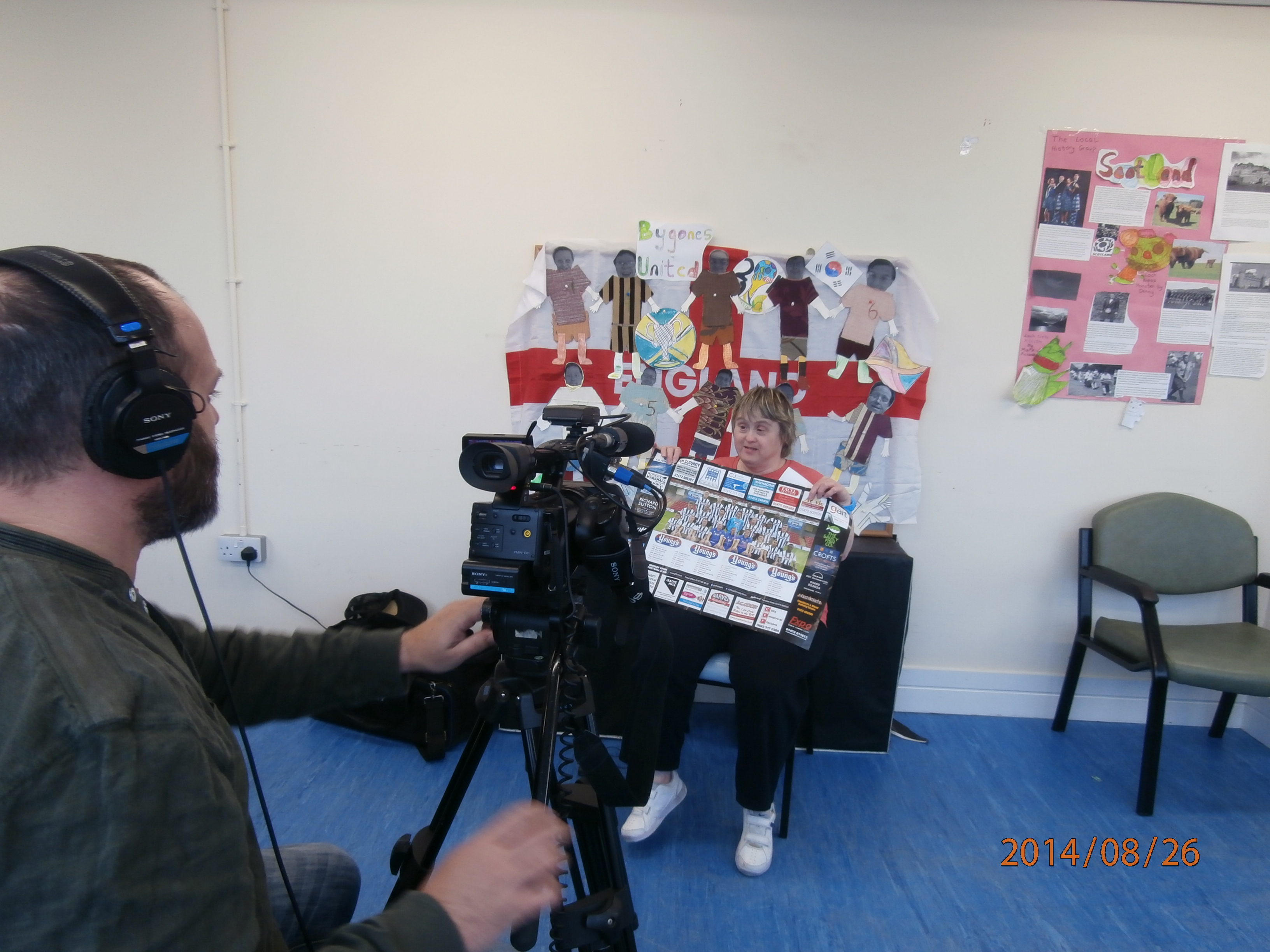 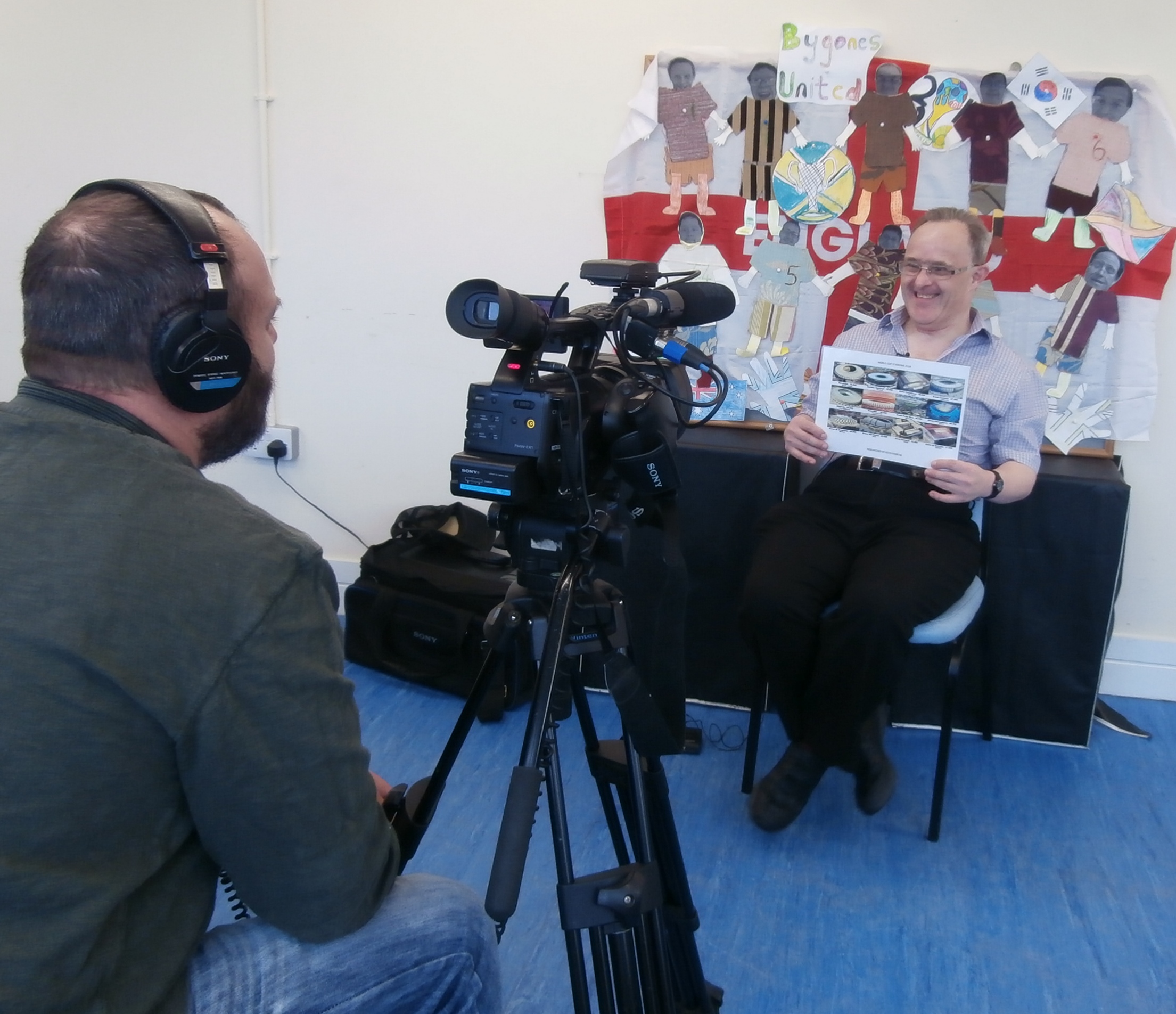 We invited John Fenty, Director of Grimsby Town Football Club and ex-GTFC player Dave Boylen to come and talk to us.  Everyone thought of a question to ask John and Dave and with the help of Mike Cartwright from Soundschool, all the answers were recorded.  We learned about recording equipment too. 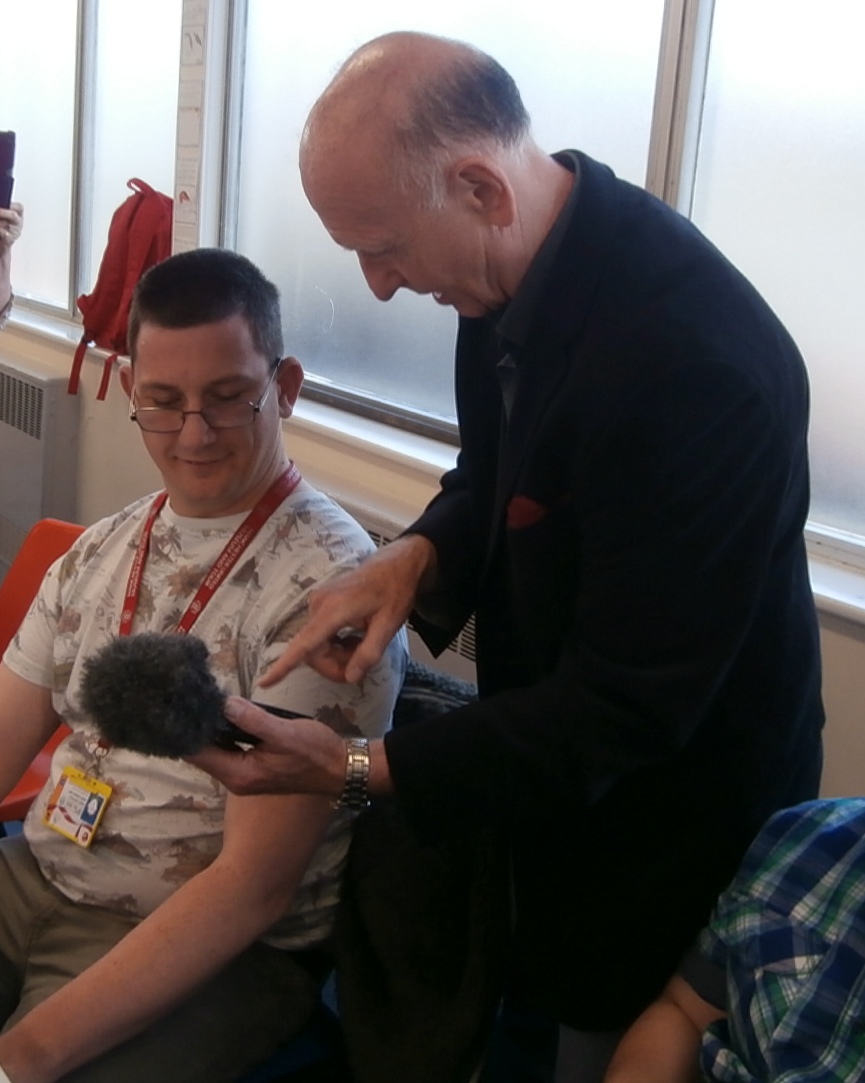 Thank you to the following people for supporting us with this project: