North East Lincolnshire Council Library Service in partnership with Care 4 All (part of Care Plus Group) – Disability Services for Learning and Physical Disability.

The Library Service was successful in obtaining funding from Arts Council England to contribute to The People's Record initiative aimed at creating an archive of the impact and legacy of the Olympic and Paralympic Games 2012.

The first Sporting Voices project developed an oral history archive of the thoughts and hopes of a group of students with learning difficulties focusing on London 2012 and their own experiences of sport and sporting life in North East Lincolnshire. We explored how sporting activities have changed in the local area using local history photographs from the early 20th century for comparisons.   The students produced scrapbooks and a 20 minute audio-documentary recorded their thoughts and feelings about many different types of sporting activities.  They also developed interviewing and communication skills as part of the project. 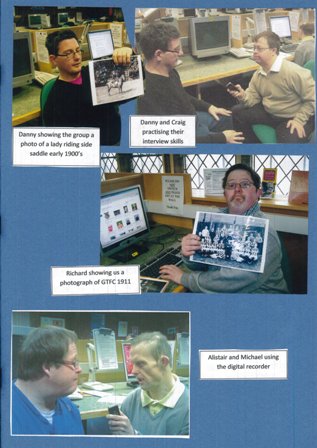 We felt that we took a totally sideways look at the Olympics and Paralympics in an area often overlooked by most people. We've looked at the astonishing impact of sport and physical activity on the lives of people with both learning and physical disabilities and created a unique documentary looking at how sport and activity has changed the lives of those with disabilities through their own thoughts and voices and those of their carers, parents, volunteers and support workers.

The funding enabled us to utilise the skills of freelance professional Mike Cartwright of Soundschool and the resulting audio-documentary can be heard, along with a visual and written representation of the project at www.peoplesrecord.org.uk Go to Projects and then select Sporting Voices. One senior Care Plus Group professional said he was "blown away" by it. 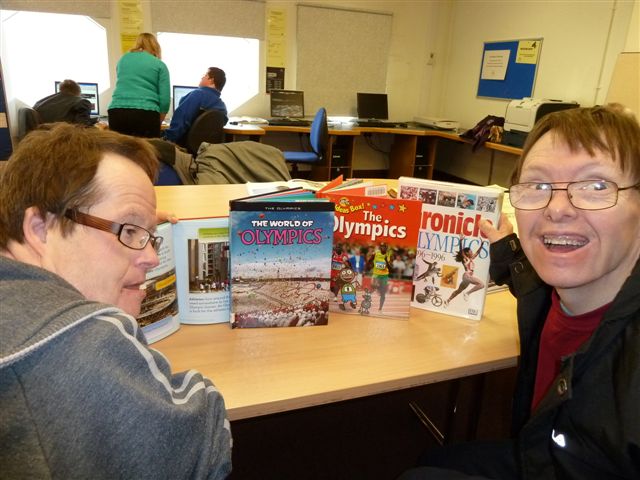 NEL Library Service has been successful in obtaining a second round of funding to develop the original Sporting Voices project.

We learned during the first Sporting Voices that rather than just recording thoughts and impacts, there was a much richer vein in the way the project involved itself with the disabled community in North East Lincolnshire. Sporting Voices 2 aims to: 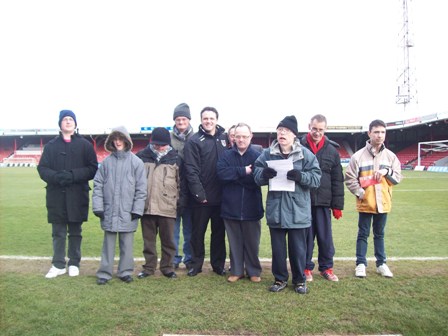 We will also examine the legacy that London 2012 will leave on North East Lincolnshire and particularly what difference the Council can make.

A record of Sporting Voices 2 will be posted on The People's Record website in the autumn of 2012.