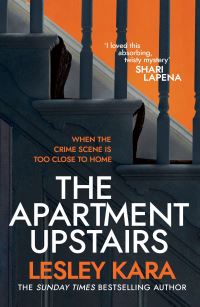 You cannot reserve this item unless you sign in

Available: 2
Total no. of loans: 2
Loans this year: 0
No. of reservations: 0
Branch availability
Description:
Scarlett's aunt lived - and was brutally murdered - in the flat upstairs. But Scarlett is determined that life should return to some kind of normal, even if that means living with just a ceiling between her and the scene of such a devastating crime. After all, this is her home. She's safe here. Isn't she? Dee is busy balancing her job as a funeral director with organising an event to mark the disappearance of her best friend, ten years ago. So she's got enough on her plate without worrying about the threatening messages that are appearing on her company's Facebook page. When Scarlett approaches Dee about planning her aunt's funeral, an unexpected link between them emerges. Together, the two women could uncover secrets that have long been buried. Even while someone wants to stop them digging. It's only ever that girl until it's someone you know.

Reviews
This is my 2nd book by Lesley Kara that I've read & found it a decent read, quite a few surprise twists even though I guessed a few, I will certainly read another book of hers.
MrsTomo50 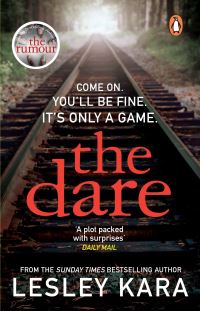 After Hitler :the last days of the Second World by Jones, Michael K

After she'd gone by Dahl, Alex

Agatha Raisin and the quiche of death by Beaton, M. C

Army girls :the secrets and stories of military by Dunlop, Tessa